ALL TUTORS ARE AVAILABLE BY APPOINTMENT MONDAY-FRIDAY.  Contact each tutor directly to schedule an appointment.  If you do not see a tutor in the subject you need please contact Kris Percival at kpercival@sjcny.edu.

Melissa Caruso is a writer who is currently in her second year at the Writer’s Foundry at St. Joseph’s. Melissa majored in English and Secondary Education at St. Joseph’s College’s Long Island campus where she earned a BA. She has taught writing here at SJC as well as other schools around Queens and Brooklyn. While most of her writing falls under the umbrella of music journalism, she likes to write short stories. In her free time she can be found painting, baking, or listening to Neil Young. mcaruso@sjcny.edu

Zarina Elahi holds a BA in Marketing from Loyola University Chicago and is currently a student at the Writer's Foundry with a focus in fiction. She has tutored refugees in English as a second language and worked with businesses such as GrubHub and Epic Burger as part of her undergraduate coursework. Currently she is a bookseller at Book Culture on Broadway and working on three novels. She is fluent in Urdu/Hindi.  selahi@sjcny.edu

Kris Percival is the Academic Center Director and a pinch-hitter tutor. She has an MFA from Ohio University and an MSEd from Hunter College. Prior to tutoring at SJC, she wrote knitting books for Chronicle Books in San Francisco and was thrilled when one, The Knit Knack Kit, was chosen for Oprah Winfrey's O List. She very much enjoys working with college students and encourages all to take advantage of the Academic Center's rich resources.

Rhomesia Ramkellowan graduated from St. Joseph's College in 2010 with a B.S. in Biology and Minors in Chemistry and English. After graduation, she started working as a Lab Technician and Teaching Assistant for laboratory classes for the Physics and Physical Science Deaprtment at SJC. She also works as a Science Tutor focusing on General and Organic Chemistry but can tutor most science classes. She is currently a chemistry and physics teacher at St. Saviour High School in Brooklyn, NY.

Tariq Shah is a writer, poet, and 2nd-year student in the Writer's Foundry MFA program at St. Joseph's College. From 2007-2008 he served in the US Peace Corps, during which time he taught 8th and 9th grade English in Moatize, Mozambique, and he speaks Portugeuse proficiently. He is the co-founder and co-head of alibi, a literary journal of fiction and poetry, and holds a BA in English from DePaul University. An active percussionist for over 15 years, he also has extensive music performance, composition and education experience.

Shelly Auster has been a writing tutor in the Academic Center at St. Joseph's since 2011.  She has a BA in English from the University of Michigan, an MA in English from the University of Illinois at Chicago and a PhD in English from SUNY Stony Brook and over 15 years' experience teaching college literature and writing courses.  While she enjoys teaching in a classroom setting, she loves working one-on-one even more and finds it particularly satisfying to work closely with individual students and witness their growing confidence and abilities as writers.

Na’Quan Bush is a practicing essayist and literary critic, and has a B.A. in English and minor in Sociology. During his undergrad, he initiated “St. Joseph’s College Reading and Writing Series,” which gave writers a platform to present their work. His scholarly interests lie in the study of ethnicity and race, policy, political and legal theory, and 19th-20th century American history and literature. He is a graduate student at Columbia University pursuing a Masters in American Studies.

Melanie Danza has been a tutor at the Academic Center since 2013. She has a BA in English and Creative Writing from Sarah Lawrence College and an MFA from The City College of New York, where she currently teaches Creative Writing, Prose Writing and English Composition. At John Jay College she taught a Writing Across the Curriculum class with an emphasis on the psychology of the criminal mind. At CCNY she was on a panel to review and design a curriculum for NYC high school seniors in developing and strengthening the necessary writing skills for college. She was on the editorial board at Fiction Magazine. Her writing has been published in Promethean Magazine, and her murals and artwork have been showcased in Bedford Magazine and HG magazine. Melanie holds a 3rd degree black-belt in Kung Fu and is a certified Pilates instructor. When she is not writing, cooking, teaching or tutoring, she is sketching the NYC strap-hangers while she commutes. Her drawings can be seen on her blog: Sketches from the Underground. At the AC she feels very rewarded working one on one with students, as they strive to improve and develop into intelligent writers.  mdanza@sjcny.edu

Hannah Wood is a writer originally from Sacramento, California. She has an MFA in playwriting from the Tisch School of the Arts at New York University, where she double-majored in history and minored in anthropology. She went back to NYU for an MA in European and Mediterranean Studies. Her thesis was about the history of nationalism and national theatre, with a focus on Dublin’s Abbey Theatre. She is also certified to teach TESOL/TEFL, and has proofread papers for students who speak English as a second language. Currently, she is a second year student at The Writer’s Foundry. On her days off you might find her reading, running, watching SF Giants or 49ers games, and most definitely drinking hot chocolate (not necessarily at the same time).  hwood@sjcny.edu 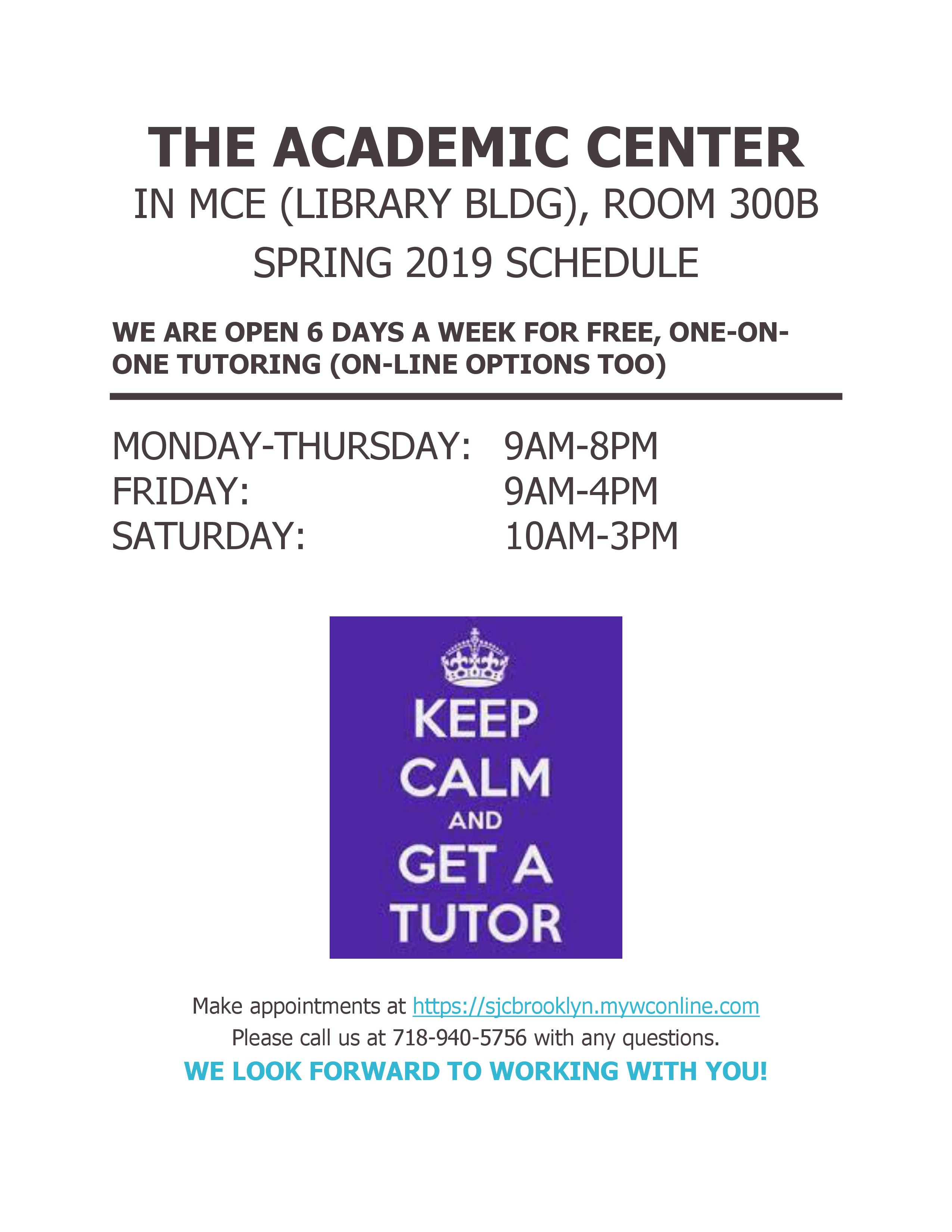 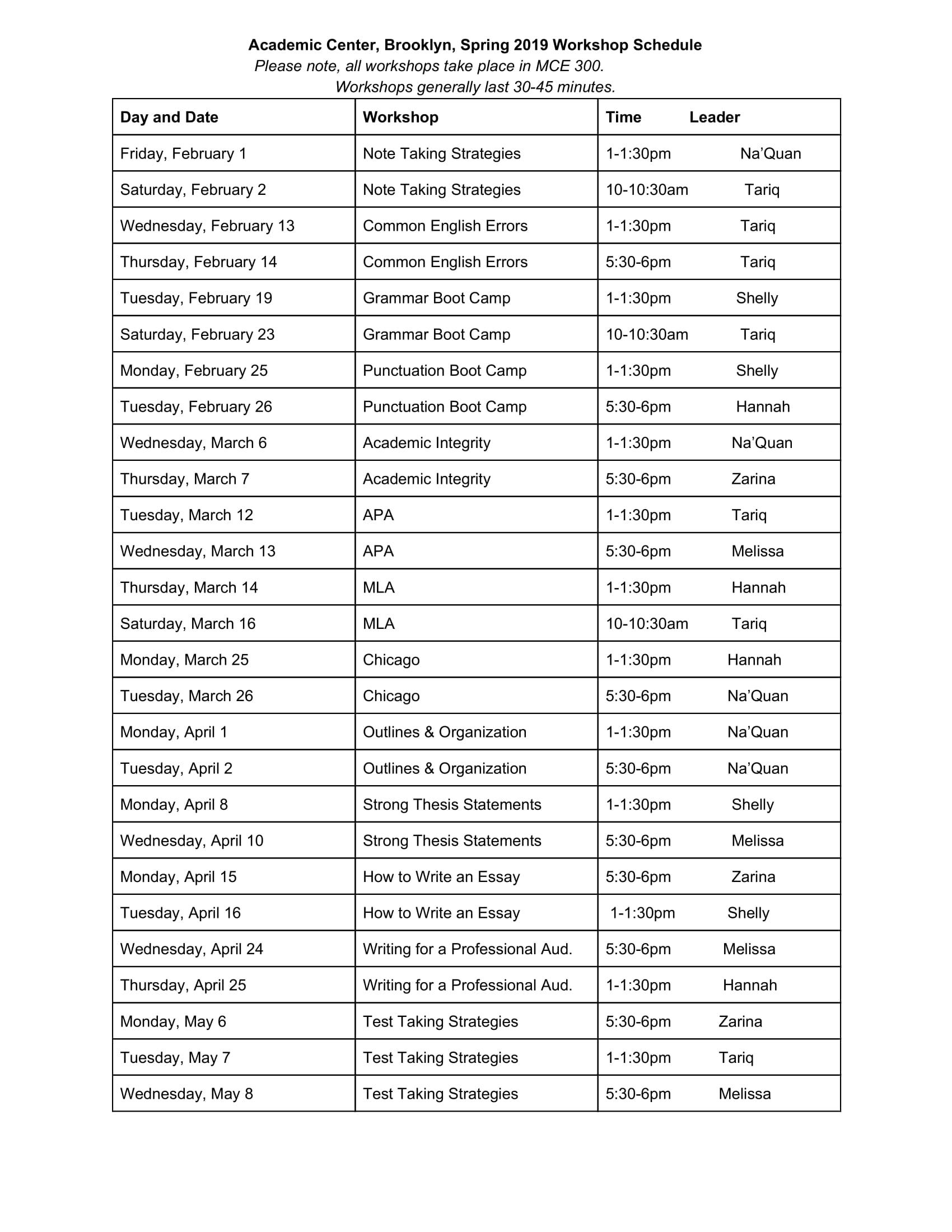 Make an Appointment with a Tutor